Your Vision Brought to Life.

Every Design Has a Story.

Love It or Lose It Poster Design a poster for the Love It or Lose It WWF campaign to fight global warming. 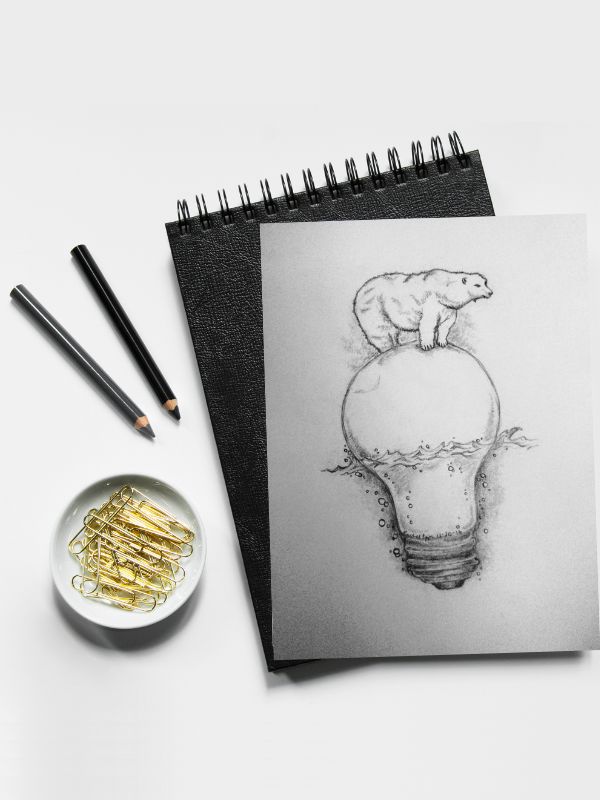 Unable to find a decent half-underwater image that showed enough sky, it had to be manually created with the Content-Aware tool by replicating and expanding the closest available image. Additionally, lighting proved to be a challenge because Photoshop was beginning to discontinue 3D and lighting render effects, therefore producing unexpected results. Lightbulbs are also a headache to fully mask out because in order to keep the highlights and reflectivity of the lightbulb intact, you need to retain some level of the original background color. These challenges would need to be solved with careful masking, duplicated layers for foreground/background use (depth), and an appropriate use of blend modes. This project's inspiration was derived from The Fused Metaphor era (1945-1970) of graphic design, which is all about combining symbols to tell a bigger story and communicate an idea in a simpler, more thought-provoking way. This approach is powerful in the way that it forces designers to think outside the box, while it forces viewers to spend more time decoding/interpreting it, often allowing them to remember it better.

In this poster, a lightbulb acts symbolically as an iceberg that barely supports a lonely polar bear stranded in the middle of the Arctic Ocean. The lightbulb simultaneously represents both the reason he is stuck there – the heat from global warming – and the beckoning idea being generated that we should do something about it.

In order to create a seamless image composite, masking was used to hide parts of images while revealing others. To create a subtle overlap of the ocean over the lightbulb and get it to appear underwater, for example, the background layers were duplicated then the sky was masked out, and these layers were then merged together and placed above the lightbulb layer.

As you can see from the images above, each component used came with significant variations in lighting. Levels, Exposure, and Hue/Saturation adjustments layers were utilized to match colors of certain elements to fit in their environments. Dark clouds were rendered using the Sky Replacement tool, altering the mood of the scene from warm Caribbean to cold Arctic.

The correct blending modes were required for the images to blend together in unique ways that made them work as foreground, background, and mid-ground elements. The Levels adjustment layer used to darken the ocean did not provide a strong enough effect, so a black rectangle with a Soft Light blend mode was used to enhance its influence. To show the effect on the sky in the foreground of the lightbulb, an Overlay blend mode with low opacity was place on that mask, exaggerating highlights and shadows inside the lightbulb. This made the lighting match the sky in tone while allowing for some highlight exaggeration to account for the flicker of light coming from the bulb itself. Additionally, the Sky replacement group was duplicated and merged to bring a copy to the foreground, then darkened with Linear Burn to generate a stormy effect.

In 2020, WWF spent $40,381,048 on fundraising efforts, a significant portion of which was directed towards their creative ad campaigns. WWF reported their printing & publication expenses at $13,655,098 and their advertising expenses at $6,494,065. These efforts enabled them to raise $276 million in 2020, 13% more than in 2019. WWF posters are world-renowned attention-grabbers, making people stop to look twice with captivating and often symbolic visual messages. Their campaign pieces always come with a call-to-action and are often directly linked to a donation form. WWF hires designers from all over the world to create impactful posters and contribute toward their PSA campaigns. By designing a poster that communicates one of their central themes and uses methods familiar to their advertising style (i.e., fused metaphors that evoke an emotional response), we concluded WWF would have a good reason to allocate a fraction of their advertising fund in exchange for this design.

The following images were used as inspiration and for reference to align to WWF campaign content + brand guidelines. 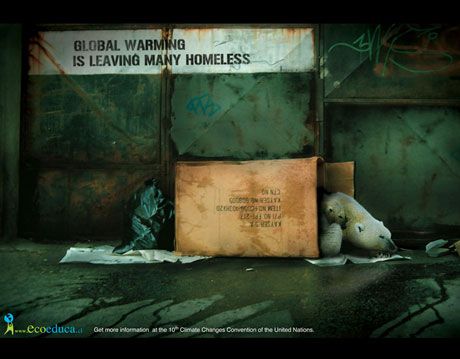 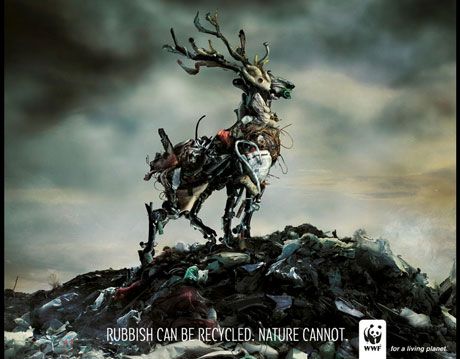 *Note: This project was created for educational purposes only and is not officially associated with
WWF
Back to Portfolio ➲